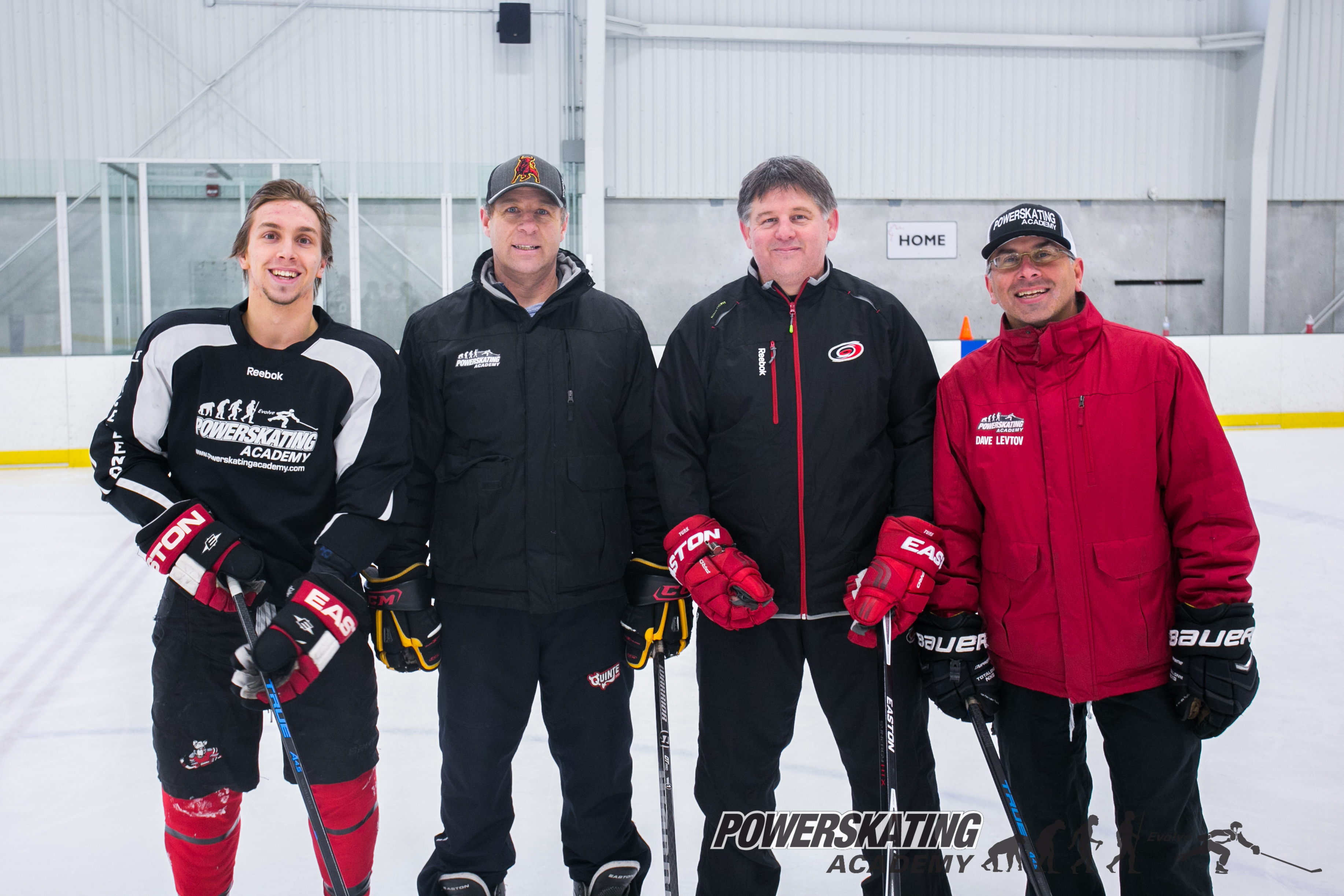 International skating coach Dave Levtov has worked throughout North America and Europe with players of all ages and skill levels. Dave perfected his skating methodology through training with elite coaches in both the figure skating and hockey worlds. Through his mentorship in figure skating, Dave has been able to incorporate elite figure skating technique into the hockey world.

Dave developed PSA’s powerful slow and perfect approach to athletic training and has created a system that guarantees great skating for hockey. Having worked as a professional freelance musician and music teacher at Humber College – playing on hundreds of television shows and commercials – Dave understands that practice, focus, time and dedication are required to excel at an elite level.

Dave’s main focus has been long-term development with players in the Toronto area. Opportunities to help players from other parts of the world are always welcome. He has worked with several players in the KHL, junior and minor and pro leagues, as well as a vast number of minor hockey superstars.

A triple-gold medalist in figure skating, Joscelyn was the last gold medalist in figures in Canada – a skill very few have or will have in the world. Joscelyn has worked with PowerSkating Academy since its inception, helping develop one-of-a-kind program, and training all of our Hall of Fame students. She is truly a gift to all hockey players searching to become their best. In a world that requires you to stand out, Joscelyn makes that happen. PowerSkating Academy is honoured to have her as part of our team.

An NHL skills and shooting coach since 2001, Tim recently completed a 6 year stretch with the Montreal Canadiens and is currently working with the Carolina Hurricanes, Tampa Bay Lightning, and Philadelphia Flyers. His coaching specialties include puck skills, shooting, puck protection, puck battling, and body contact (impact and pinning) both offensively and defensively. Tim’s approach to teaching puck skills is in line with PowerSkating Academy’s philosophy of slow and perfect – “perfect practice makes perfect”

Three time national champion, two time Olympic qualifier, and world competitor Emanuel Sandhu brings a vast array of experience to PowerSkating Academy. A graduate of the National Ballet School of Canada, Sandhu has an extensive background in both figure skating and dance. In 2009, Sandhu made the top 20 on So You Think You Can Dance Canada, finishing in the top 6. A simple Google search provides in-depth lists detailing all of Sandhu’s various accomplishments in both dance and figure skating. Emanuel’s talent and experience is invaluable all PowerSkating Academy students.

Dan played NCAA hockey at the University of St.Thomas in St.Paul, MN.  After his playing career Dan began coaching which has led him to stops in the NAHL (Chicago Freeze), NCAA (Minnesota State and University of Maine) and CWHL (Toronto Furies) as well as working with many minor hockey teams and programs. Dan currently works with Teams and Private Development Sessions for Tim Turk Hockey and Just Shoot It in Mississauga.

Miles Levtov has been coaching with PowerSkating Academy since its creation, and is one of PSA’s highest level skating students. After only 7 years of playing hockey, Miles played for several years with an American College with the goal of making a European team after he completes his education. He is currently studying at York University work in his kinesiology degree. His phenomenal skating has allowed him to reach an elite level of sport and he took advantage of his ability and used it for his education.

You may hear from Miles over the phone or via email as he is one of the integral staff members to blend communication between the office, the parents & the skater.

“Having been raised in the PSA community, I have had the value of learning how to become the best skater I can be as well as helping others to reach their greatest potential. Hockey has allowed me to travel and train with some of the top coaches in the world and to experience and learn great things. Every skater should be able to learn and have fun at the same time.”

Jurell has over 22 years of skating experience, first stepping onto the ice at the age of 3. Jurell is a former competitive figure skater and was coached by some of the best figure skating instructors in the world, including Olympic coaches and national/world Champions. PowerSkating Academy students greatly benefit from Jurell’s extensive coaching and competitive skating experience.

“I am believe in constant improvement and even though I don’t compete I always try and improve my own skating skills. I try and pass on the same beliefs to my students so that they can reach there own skating goals.”

A student of PowerSkating Academy since the age of 9, Josh used his skating technique to earn a spot as a member of the U-19 Team Canada Hockey Team for the 2013 Maccabiah Games. Josh scored six points in five games helping his team become the only Junior Canadian team to win gold at the tournament. Josh is currently taking an absence from teaching with us while he is getting his MD at the University of Melbourne. The University of Melbourne is one of the top ten medical programs in the world. For the next three years he will also be doing his rotations in the #1 hospital in Australia called the Royal Melbourne Hospital.

“My goal is to see growth in other players’ skating ability and to inspire them to achieve more than they knew they could. I enjoy sharing my knowledge with other hockey players so they can learn to skate with a strong technical background. Hands-on teaching is the most important element in fixing key details in one’s skating.”

Professional hockey player, Grant Holliday, started his hockey career in Toronto. Before playing professionally, Grant took seven years off to complete an honors degree at Queens University. Returning to the game at twenty-four years old, his training introduced him to the PowerSkating Academy and was the start of the relationship. After ten months of training, he earned a main camp spot with the Brampton Beast of the ECHL. He played that season with Danville Dashers. With twelve years of teaching experience from tyke to NHL levels, grant brings great understanding of the importance of lower body angles, and upper body control. 2018 marks Grant’s first session with PowerSkating Academy.

“Studying the learning process is one of my greatest passions.  I enjoy deconstructing skills and challenging myself to sequence the progressions accordingly while delivering clear and effective feedback. I am a coach that wants to get better every single day, just like my students.”

Edge Specialist, Danielle, grew up skating with the Aurora Skating Club. Her skating career earned her four Gold medals and the Diamond Dancer accolade. Danielle is a certified club coach in the Skate Canada System and has her NCCP level 1 coach. She started working with PowerSkating Academy in 2017 and uses her knowledge of specific technical foundation to help better students. Learning from many great coaches gave her the opportunity to combine their styles into a persona and methodology of her own.

“I grew up in a sport that brought me nothing but joy and positive memories, skating truly became a passion for me. I want to instill the joy of the sport within my students while I help to develop and hone their skills in the sport that they love.”

PowerSkating coach, Tyler Cheng, grew up skating in Mississauga. In 2010, he joined our program as a student and had the opportunity to be grouped with Dave & Laura. As a goalie, Tyler began skating in only a tracksuit until he was proficient enough to execute the skills and exercises in full gear. He currently is the only goalie to receive our “Award of Excellence” Jersey Award as a goalie. You may recognize him as the goalie featured in our video reel outside our offices at Scotiabank Pond and Vaughan Iceplex. Tyler is currently studying Kinesiology at Western University and is able to transfer the information he is learning, into a teaching methodology.

“As a coach, I work to be a positive influence in the hockey careers of my students because I am very aware of all the assistance and guidance I was given while progressing through my hockey career. I believe that everything in life and hockey is a process. I hope to accelerate the learning process of skating that students must go through with technical analysis and hands-on correction. By providing repetition and motivation, I feel I can help students reach their full potential.”

PowerSkating coach and Learn to Play instructor, Nouri Wafaei grew up in the GTA with hockey being a big part of his upbringing. Nouri attending PSA when he was in grade 8 and noticed an immediate change to what was possible in his skating ability. The new knowledge of edge control opened his horizons and allowed to him to play Jr hockey. Nouri has now shifted his focus from playing hockey, to coaching and improving his ability as a coach. Nouri has taught with PSA since 2016, and uses his attention to detail to create great results.

“My philosophy for teaching has an emphasis on detail and consistency. Approaching new techniques with a strong foundation that has been repeated numerous times allows for students to hone the advanced skill to perfection.” 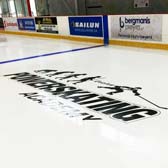